The attack involved four US passenger jets seized by 19 militant suicide attackers. Two were flown into the Twin Towers of the World Trade Centre in New York, the first at 8-42 am and the second 18 minutes later and another plane crashing into the Pentagon, on the outskirts of US capital, Washington DC, at 9-45 am. The fourth plane crashed at 10-10 am, in Pennsylvania, after passengers fought back.

President Biden and ex-Presidents Barak Obama Bill Clinton and George Bush along with their respective First Ladies, attended the ceremony of remembrance.

The Queen sent a message to US President Biden saying her thoughts and prayers were with the victims, survivors and their families.

Leaders from around the world also sent messages to President Biden.

Events have also been held around the world to remember those who lost their lives.

As part of the day's events to mark the anniversary, a private service of remembrance organised by the September 11 UK Families Support Group was held at Grosvenor Square in central London, including after sunset, sixty-seven candles being lit in the garden to remember each of the British victims.

Many first responders died on the day. However, deaths have continued as a result of the dust clouds after the collapse of the Towers. 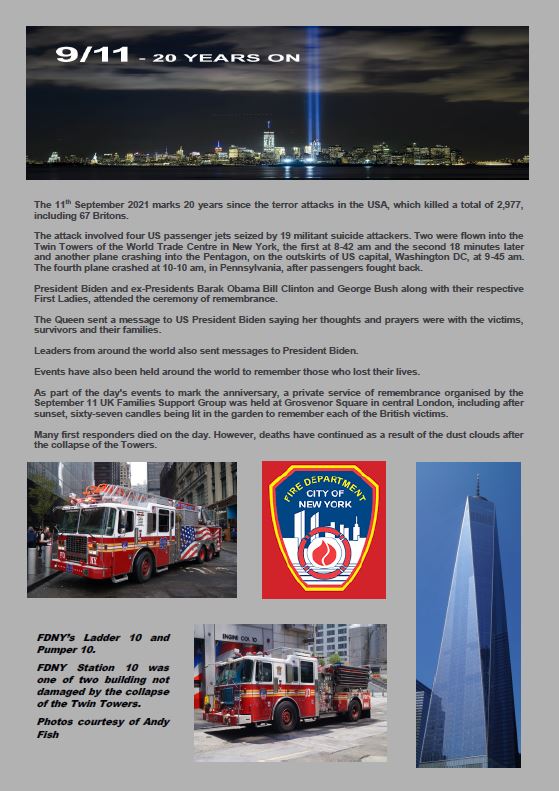